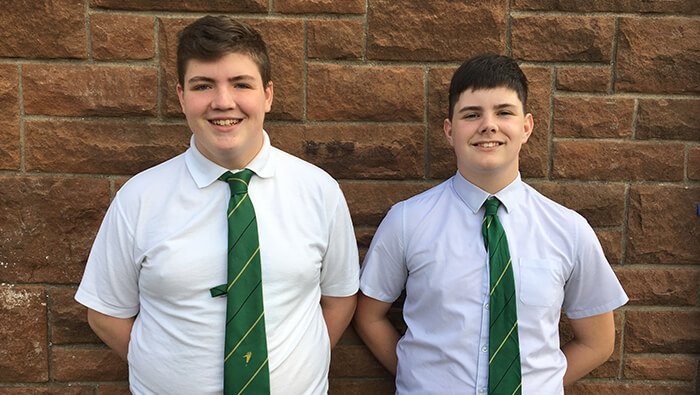 At the recent award evening held at The Dumfries Saints Rugby Club two of our pupils received awards for their hard work.

S3 pupil Craig only started playing rugby with Dumfries Saints in September. He also plays for the school team. This has not only improved his fitness but confidence as well. He was awarded U14 Most Improved Player.

S2 pupil Owen who plays in the Under 15 Dumfries Saints Team won the Most Improved Player award.  Owen also plays for the school team and has worked extremely hard since joining the Saints last September.